Your response(s) have been saved successfully! Closing..... 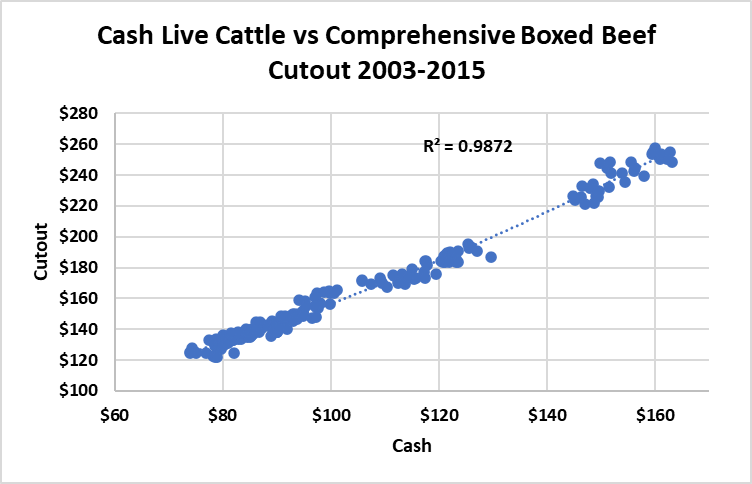 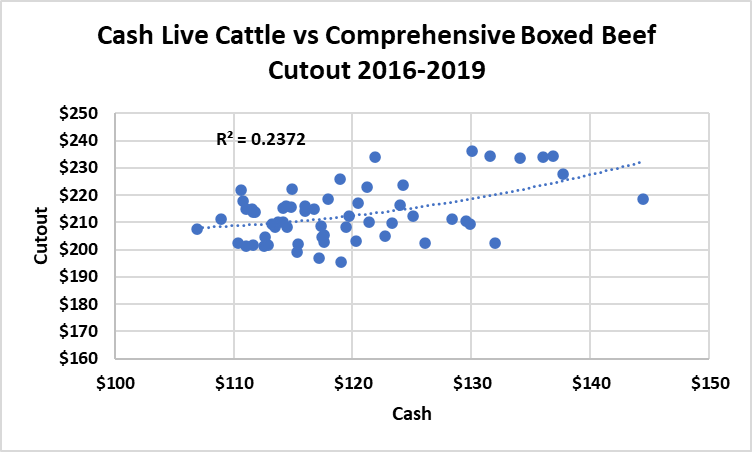 Looking at the relationship differently reveals that boxed beef prices still matter. During 2003-2015, live cattle prices were 60%-68% of the cutout price until the weekly kill exceeded roughly 570k. At this point, packers were nearing capacity, and paid a smaller percentage.

During the period between 2016-2019, and add 2022, live cattle prices are still correlated to the boxed beef cutout proportionally, but the packer leverage point has dropped from 570k steers and heifers to around 480k, consistent with claims that reduced capacity has hurt prices. The closing of two fairly large plants between 2012 and 2014 reduced kill capacity.

CORRECTION: X-axis (bottom of chart) should be “Rolling Average S&H Kill” (not in $)